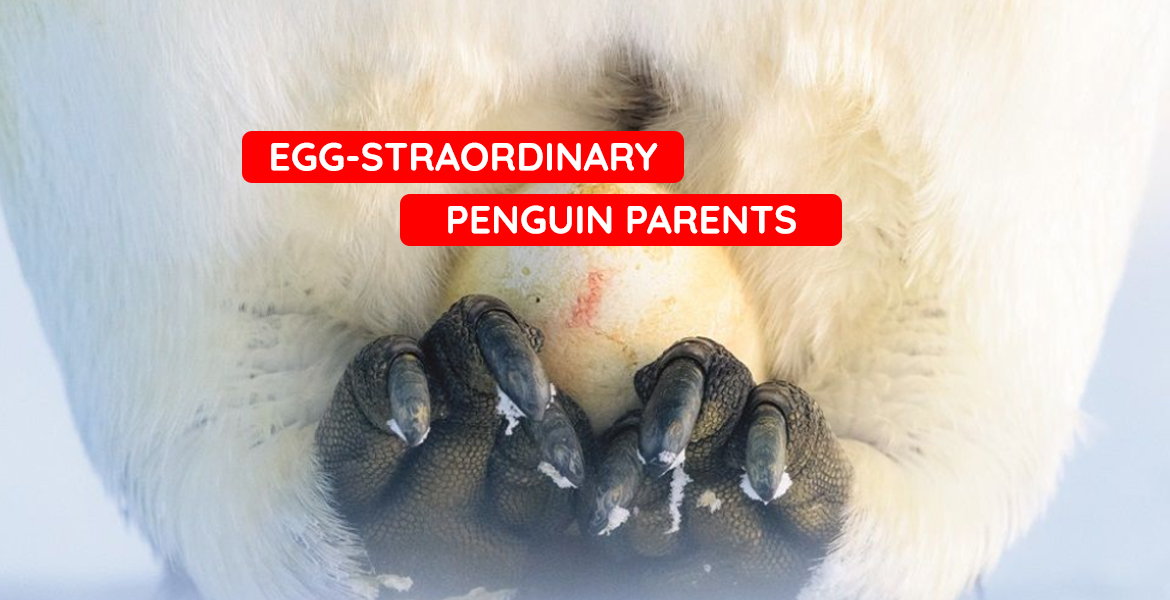 EGG-straordinary penguins and their eggs

The life of a penguin is not an easy one. Living outside in freezing -60 degrees weather and keeping an eye out for predators is as difficult as it sounds, and when you add needing to keep an egg at a sweltering 36 degrees through all of this… it sounds tough. But penguins are incredible creatures and egg-stremely tough!

Let’s look at a few species of penguins and how they look after their eggs.

Emperor penguins are the only species of penguin that lay just one egg, all other species lay two. The egg can measure about 11.1 to 12.7 cm long and weigh between 345 to 515g  – that’s about the weight of 13 Cadbury’s Crème Eggs!

What’s more, this species is the only one that incubates the egg on its feet and it’s the male that does this. Male Emperors have a special brood pouch – a flap of warm skin near their feet, in which they incubate the egg.

Temperatures will get as low as -61 degrees Celsius, but the egg in the incubation pouch is a toasty 36 degrees. The male will take care of the egg for about 65-75 days until the female returns from feeding. Father staring down at egg as the chick makes its first break in the shell. Antarctica Aptenodytes forsteri Fred Olivier / Auscape / ardea Auscape

Adelie penguins are the smallest penguin in the Antarctica and lay two eggs, each measuring 5.5 to 8.6 cm long and weighing between 61g to 153.5g.

Male Adelies build nests to attract a female. Once the nest is built and he courts his lady love, the female will lay a clutch of two eggs that will be incubated by both adults for around 35 days. 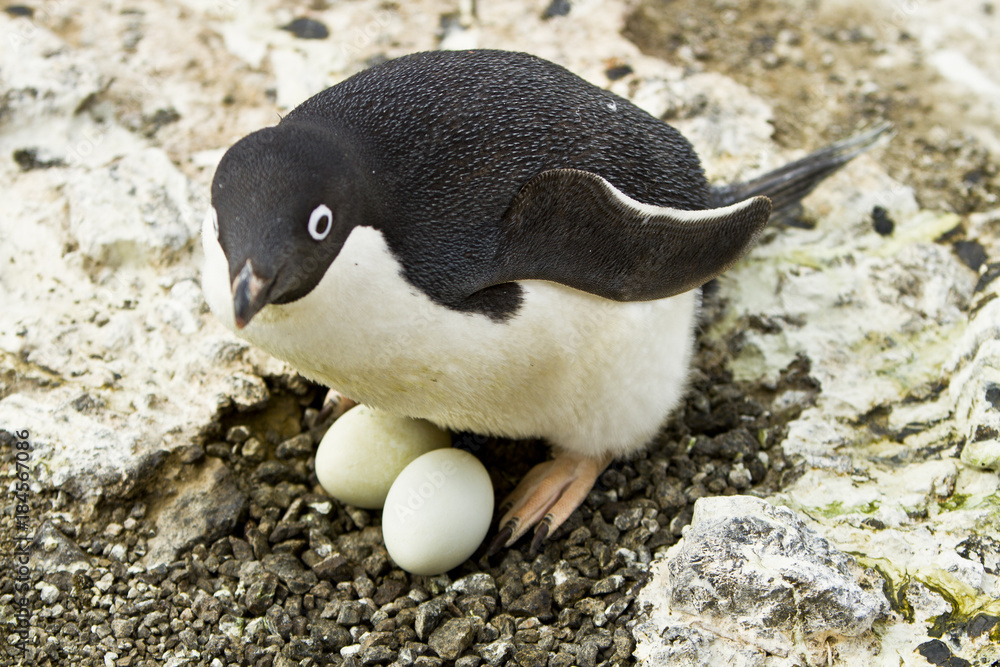 The Adelie penguin (Pygoscelis Adeliae) on nest with two eggs on the rocks of Haswell island, Antarctica.

Gentoos, the Antarctic cousins of the Adelie penguin, also build nests. However, Gentoos make circular nests made of stones, grass, moss, and feathers.

The female also lays two eggs, each within 3 days of the other, and both parents take turns incubating for more than a month before the chicks hatch. 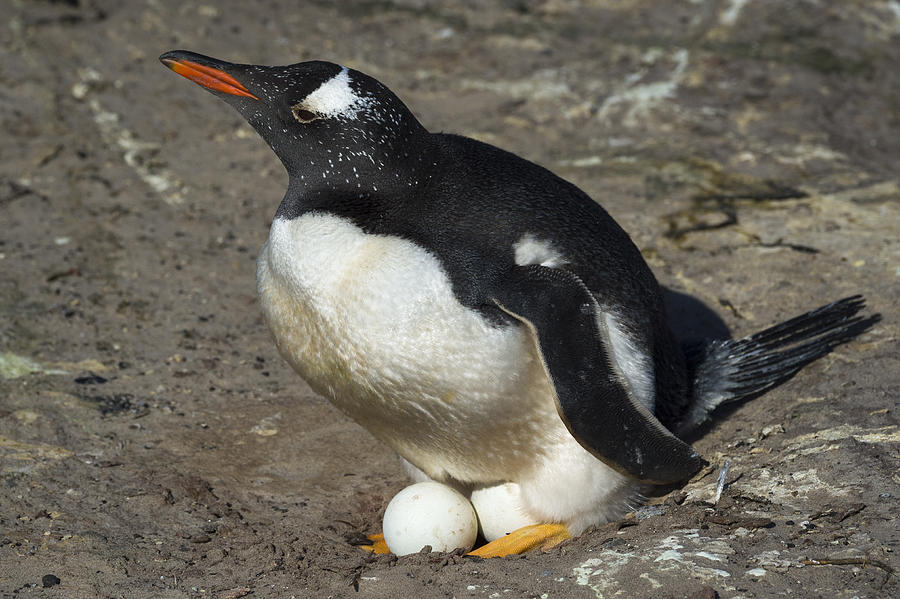 Gentoo Penguin At Nest With Eggs by John Shaw

Chinstrap penguins are named this because of the thin chinstrap line under their beaks. This species also lays a clutch of two eggs and make their nests from stones. Their eggs measure 7cm long and 5.5cm wide and weigh up to 120g.

Both parents take it in turns to incubate the eggs and they hatch after about a month. 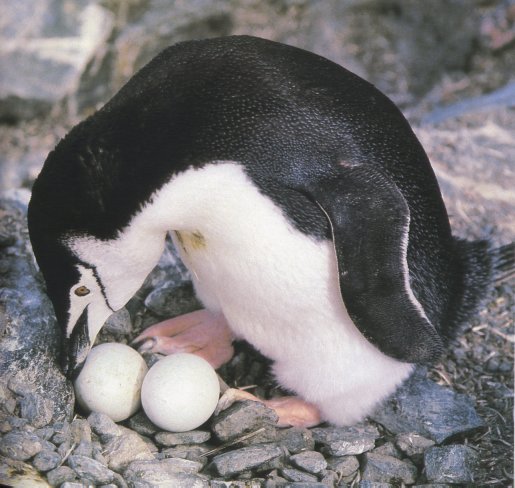 Chinstrap penguin with eggs in nest. Photo from Animal Spot.

Penguins might be tough birds, but they face bigger challenges than raising their young:

We can all do our part for our planet to address climate change and single-use plastics. For 10 simple ways on how, check out the BBC.

OKIDO magazine champions sustainable living and protecting the plant, and has held these vales since the companies  beginning in 2007. Each and every OKIDO magazine is made sustainably: 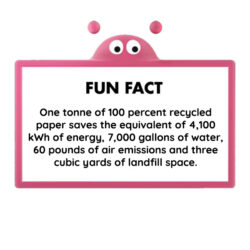 Why not read our post about a brand new ongoing study discovering what penguin poo can say about the effects of climate change. 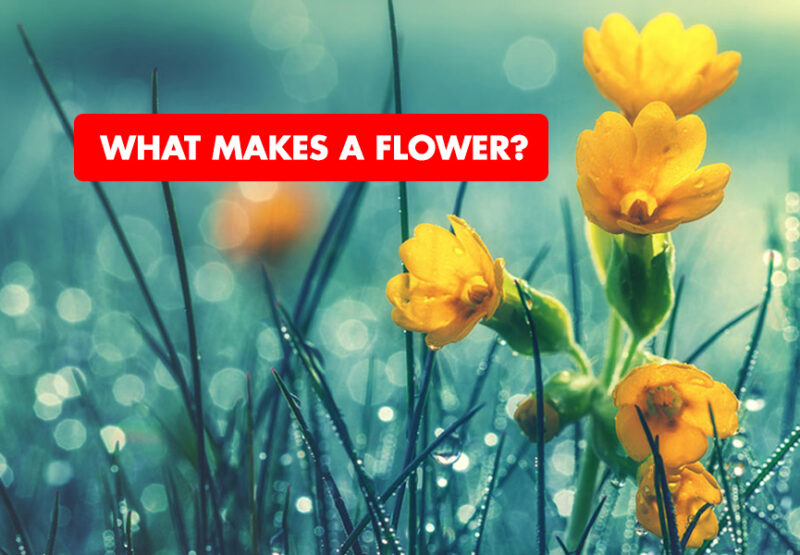 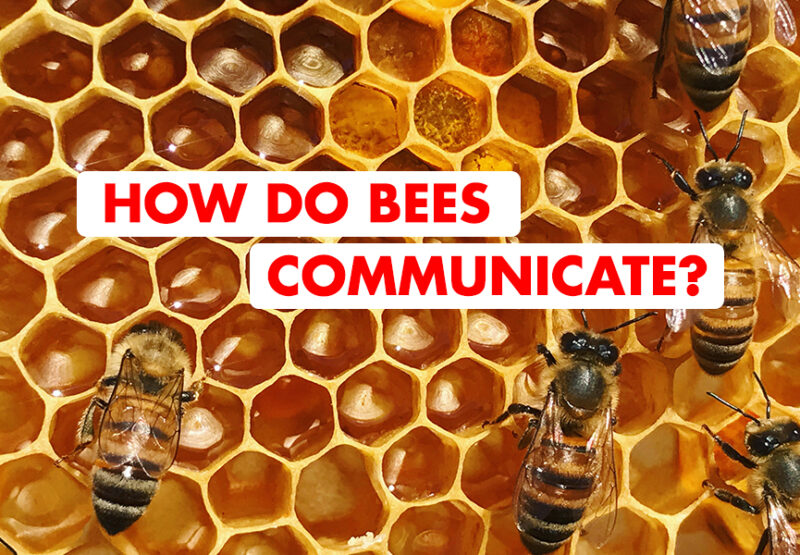