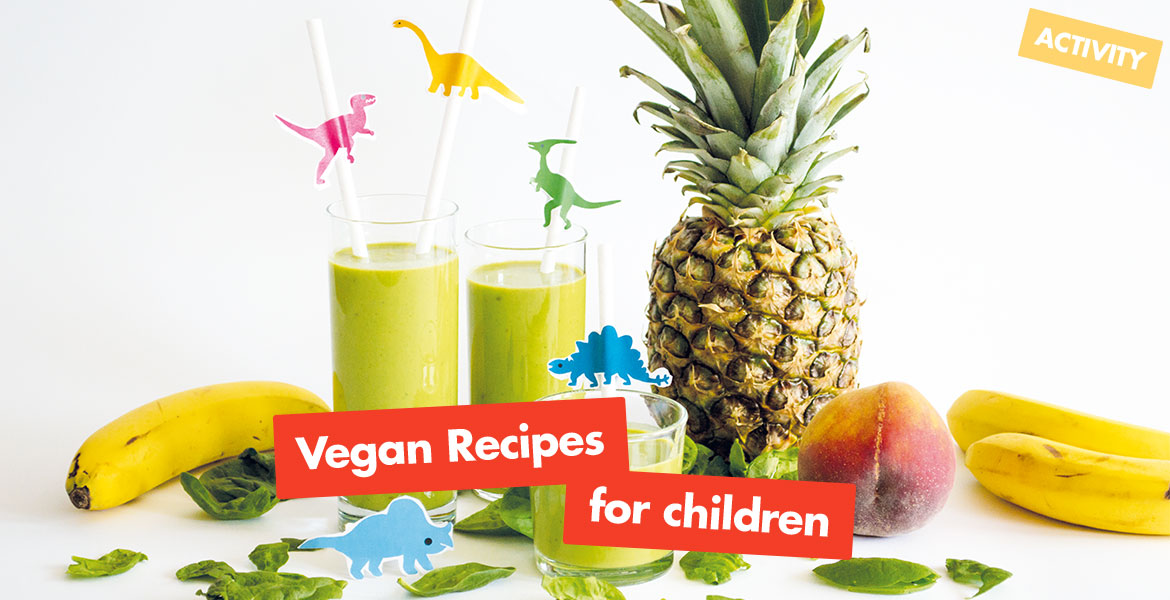 Did you know that it’s Veganuary? During the month of January, families across the UK stave off meat and dairy products in order to limit their impact on the environment. Veganism is a way of living which doesn’t involve the consumption or use of any animal products, including those that have been tested on animals.

Why Are People Going Vegan?

A 2018 study, carried out by Oxford University and published in the journal Science, found that without meat and dairy consumption, global farmland use could be reduced by 75%, with farms still providing enough plant produce to feed the world. What’s more, the meat and dairy industries provide just 18% of the world’s calories and 37% of its protein – though they use the majority (83%) of farmland. In fact, the UN has said that a global shift towards a vegan or partially vegan diet is necessary to combat the worst effects of climate change.

The environmental impact of meat and dairy production is one of the main reasons why veganism has become so popular today. Approximately 7% of UK citizens identified as vegan in 2018; in 2016, just 1% of the population followed a vegan diet.

There are lots of misconceptions about how healthy veganism is for young children, but with proper planning, it’s perfectly safe for parents to raise their children on a plant-based diet. It’s also an opportunity for young children and their families to adopt the principles of healthy eating – and every small scientist needs nutritious food to fuel their curiosity!

If you’re raising vegan children, you’ll need to make sure they’re getting enough calcium, vitamin B12 and vitamin D (these are commonly found in animal products). And since vegan diets tend to be high in fibre with fewer calories, it’s important that your child eats enough each day. It’s typical for young children on plant-based diets to take nutritional supplements; they’re also likely to need protein-rich, plant-based packed lunches for school.

When making changes to your family’s diet, it’s worth visiting your GP or a qualified nutritionist; they’ll be able to offer practical advice on managing mealtimes. The NHS has released guidelines about feeding vegan babies and children too. And there are plenty of opportunities to reach out to other parents who are bringing up their children in a similar way, both online and in the local community. The Vegan Society provides local and group support for families across the UK, which is especially useful if you’re new to veganism.

There are a few staple foods that vegan families shouldn’t be without; you’ll need these things in your kitchen to make sure that you’re all getting the right nutrients:

The Benefits of Cooking with Children

We’ve said it before and we’ll say it again; cooking is STEAM learning (that’s science, technology, engineering, art and maths – talk about a pot full of opportunity!). Whether you’re baking a (vegan) cake or rustling up a mid-week family meal, cooking is basic chemistry. It’s a great way to introduce your child to the mathematical concepts of weighing, measuring and sorting. The communicative aspect of cooking together – and following a recipe – aids a child’s literary and linguistic development too.

A 2013 study found that cooking with children can also promote healthy eating habits. Of the two groups tested, the children who helped their parents to prepare meals ate more vegetables than those who hadn’t cooked.

These simple vegan dishes are perfect for your child’s lunch box or family meal times. And remember, cooking is a great way to help your child’s cognitive development – so have them help out. 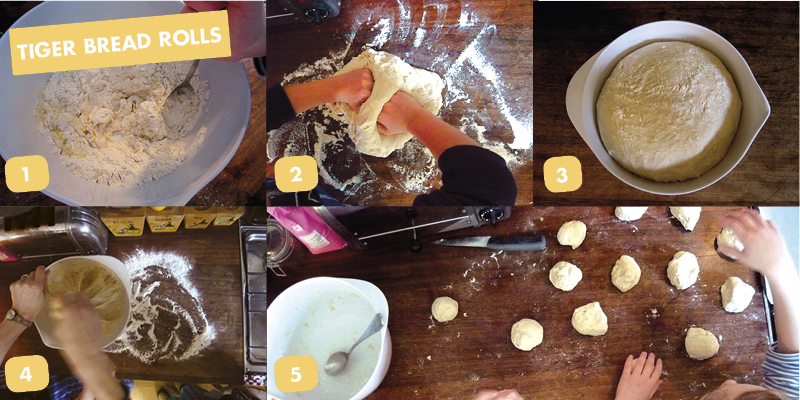 Bread is a staple of most diets because it contains carbohydrates, which our body uses for energy. Think of your body as a car; carbohydrates provide the fuel needed to keep it functioning properly. And since it’s traditionally made from yeast (a fungus – not an animal product), flour, water and salt, bread is vegan-friendly.

Make your own freshly baked tiger bread rolls by following the recipe below. Be sure to knead your dough; it helps proteins in the flour (which bond together when water is added) to interact with each other more strongly, so they line up to form giant chains. These chains trap gas released by the yeast, which makes the bread rise. These gases are then released when the bread is baked, which is why you’ll find air bubbles in your bread rolls.

This Easy Peasy curry recipe contains nothing but healthy vegetables and a can of coconut milk (a great dairy-free alternative). Hearty and delicious, it’s mild enough for young Messy fans to enjoy. Green peas are a good source of vitamin K (which is important for healthy bones). Peas and potatoes are both good sources of vitamin C; an essential nutrient known to support cell and immune health. To rustle up this one-pot vegan recipe, follow the steps below. 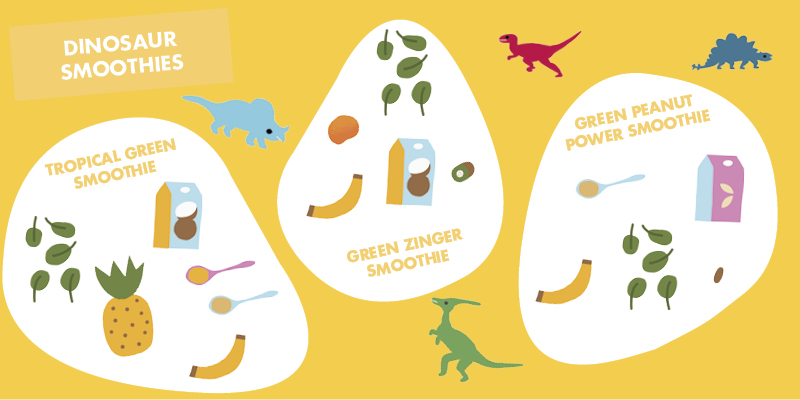 We all know that dinosaurs were big and strong; these RAWWsome smoothies are full of healthy greens to help young children grow just the same.

Spinach is a high-fibre leafy green vegetable that’s full of essential vitamins and minerals, including iron. Iron is used to make healthy red blood cells, which carry oxygen and nutrients throughout your body. If you don’t have enough iron in your diet, you’ll feel tired and under the weather. And bananas are high in potassium, which boosts brain power.

Put all of the ingredients in a blender and blitz for 10 seconds.

Sweeten your tropical green smoothie with agave syrup instead of honey to make it vegan-friendly. 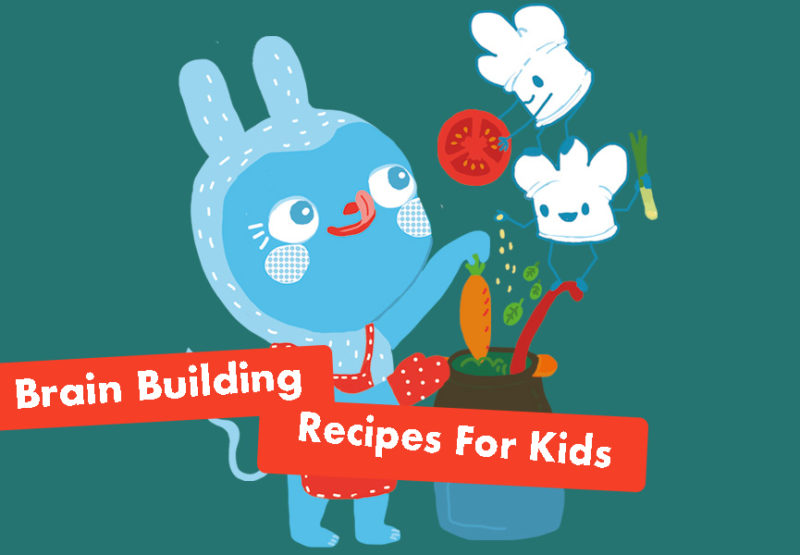 Are you ready to whip up some wonder, boil up some brilliance and simmer some science? Your kitchen may not look like a traditional science lab, but recent studies by some serious scientists have shown that cooking has real developmental and cognitive benefits for children. Here are three great reasons to try our recipes for […] 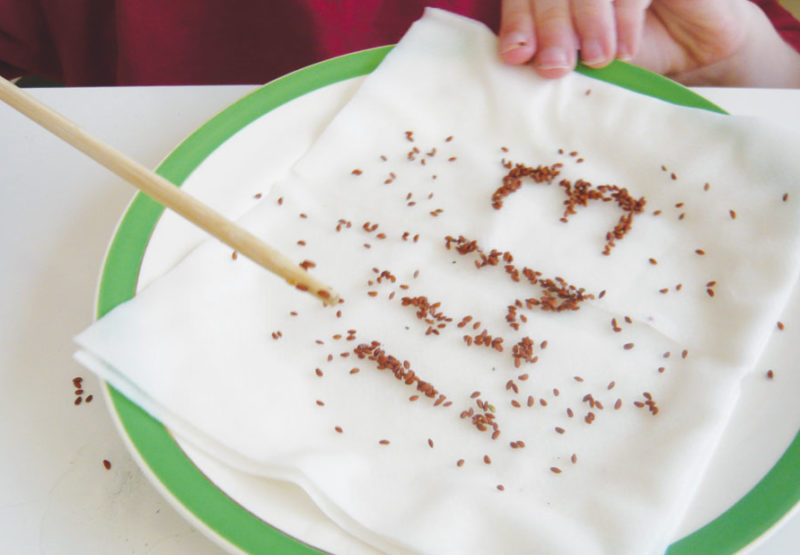 Think you need a lab to get your own small scientist’s brain bubbling away? Think again. 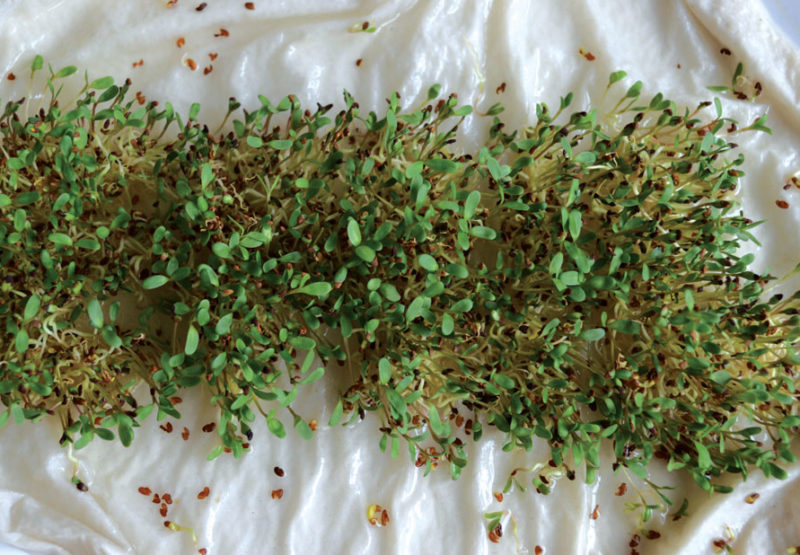 GROW SOME CRESS… IN THE SHAPE OF YOUR NAME

This is an excellent experiment for learning how things grow and its edible!